'Fest of Duty' is a religious ceremony designed to instill Islamic beliefs and values in girls when they reach the age of nine and puberty begins. The film follows two adolescent cousins as they transition into adulthood eight years after their official 'age of duty' ceremony.

Firouzeh Khosrovani, born in Tehran, settled in Italy to complete her art studies at the Accademia di Belle Arti in Brera. She made her filmmaking debut with a documentary about the Iran-Iraq War. In 2007 she made Rough Cut, a documentary about mutilated mannequins used as a metaphor for veiled Iranian women. 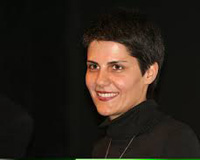