The Israel-Gaza War in 2014 killed more than 2,000 people and decimated Gaza's infrastructure. A year afterward, AJ+ hears from a water delivery driver about how many people are not getting enough of this crucial resource.

San Francisco-born Andrea DiCenzo is an American photo/video journalist. After completing a Masters in Photography at London College of Communication, she focused on documenting humanitarian issues throughout the Middle East, with an emphasis on crisis and conflict: refugees in Northern Iraq, issues facing Syrian refugees in Southern Lebanon, tensions over new Settlement buildings within the West Bank, the Israeli/Gaza conflict 'Operation Protective Edge' - to name a few. Her work has been published extensively: Le Monde, Al Jazeera English, Middle East Eye, The Telegraph, New Zealand Herald, Huffington Post, etc. 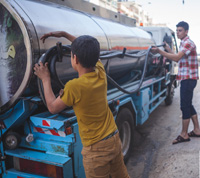 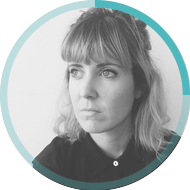