Filmed during the 2014 siege of Gaza, which left 507 children dead and 3,598 wounded, Born in Gaza follows a group of young children growing up in a war zone.

"The situation is really complicated. We have a war every two years", states 13 year old Mohamed. "I often think about our situation and I never see the end."

It's estimated that 400,000 children in Gaza are in desperate need of psychological help. And the violence seems self-perpetuating.

Born in Gaza was released theatrically in Spain in December 2014 in over 30 cinemas and nominated for the 2015 Goyas.

Hernán Zin (born 1971 in Buenos Aires) is a war correspondent, writer and documentary director based in Madrid where he founded his production company, Contramedia Film. For the last 17 years he has moved around the globe, working in more than 40 countries of Asia, Africa and Latin America. War and poverty are the main subjects of his work. 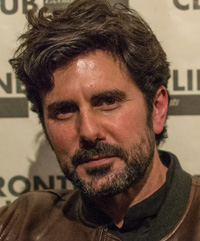