Zahraa dreams of going to school, but she and her brother Hassan must scour a landfill site for valuable materials to provide for their poor family. When a trade between Zahraa and the self-proclaimed "King of Garbage" goes wrong, the siblings' relationship is tested.

Yasir Kareem was born in 1986 in Nasiryah, Iraq. He is a graduate from the college of science. He has written screenplays for short films and documentaries, notably Happy Birthday, a short film by Mohanad Hayal which premiered at the Berlinale. He is currently a student of the Iraqi Independent Film Centre and also works as a journalist. 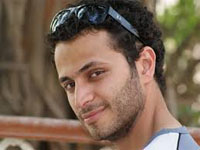