Nobody knew it was there, silently sleeping as bombings rained over the Nawras Theatre during summer’s Israeli offensive on Gaza. Workers at the Brussels-based organization Music Fund found the Yamaha concert piano surprisingly alive, and began restorations in March, with the help of conductor and pianist Daniel Barenboim.

Eric McFarland was born in Ireland in 1978 and has been a journalist and film-maker for the last 14 years, telling stories from places as far apart as Afghanistan and Zambia. He has made films for PBS, Arte, the BBC and Channel Four. 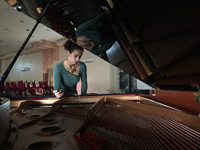 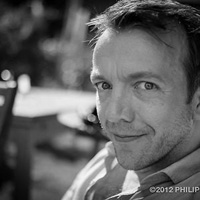