Leďla Shahid invites us to share her passions, her friendships, the memories of a childhood lived in exile. Her inimitable voice weaves through past and present,  private and public life, the trials of reality and the ecstasies of joy. The words "hope" and "peace are her talismans. For over thirty years now, she has been the advocate to the Europeans for the Palestinian cause.

Born in France in 1957, she studied literature and film at the University of Poitiers. She toured the United States and directed reportages on independent video labels and artists, and then moved to Italy where she wrote for cultural magazines and organized a summer festival of innovative audiovisual creations. She settled in the Middle East in 1990 and directs and produces radio and television programs for QBS in Qatar among others. She has directed several documentaries for Canal+. 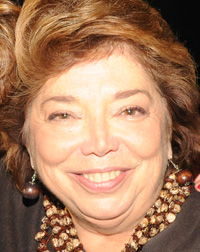